How You Can Win Big With The Euros This Summer!

We’re buzzing to have Euro 2020 finally kicking off this Friday, 11th June. We’ve waited a year for this...literally! The championship starts with Turkey v Italy and the final falls on the 11th July. Get booking Monday 12th July off now!

The best bit is we can watch the matches with our friends and family...and even watch the games in our favourite place - the pub! You can’t beat the atmosphere of everyone together, on the edge of their seats willing their team to score.

Important dates for the Euros:

Find all the matches and their dates here

Now where you can win big...

Picture this, you’re in the pub, surrounded by your mates, the sun's out, the beers are flowing and England have just scored a screamer. Your mate bursts from his seat celebrating, you and your mates join in, the atmosphere is epic...but his celebration outdid the rest of the pub.

It turns out before the Euro’s he played The Football Pools ‘Goal Rush’, predicting the first 8 teams to score. He couldn’t care less if England doesn’t win now, he’s just won a hefty £1 million!

Here’s where we can help you flip that scene, let’s give you the chance to be the one celebrating becoming a millionaire overnight! 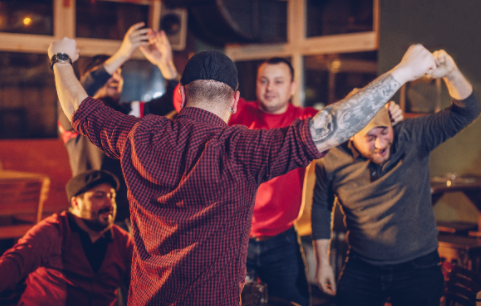 Playing Goal Rush means you’re in with the chance to win £1 million on Euros, but you'll also be entered into a competition for the chance to win 100 Goal Rush bets too! Your one game could turn into a year's worth of games on The Football Pools, that’s without considering all that extra potential to win yourself some extra cash. 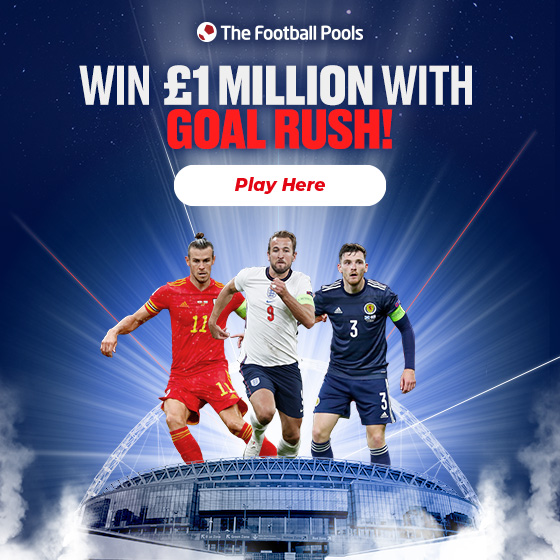 Play Goal Rush now for just £2 and celebrate every goal!

Over 18’s only. T&Cs apply, begambleaware.org. When the fun stops, stop.

Pick 8 matches where you think both teams will score. If your 8 matches are the first games where both sides score you’ll win £1 million. If you get it correct that both score in the 8 matches but not first you’ll win the top share of the pool. Get 7 correct and you’ll win a consolation prize.

*In the event of multiple winners the £1 million is shared.

Who are The Football Pools?

The Football Pools has been around since 1923, it’s actually the world’s oldest football gaming company, ask your dad’s, uncles and grandparents, chances are they’ll know of The Football Pools and even played with them before as it became a part of British life in the 60s to all listen to the football as a family hoping to see they’d won.

Since the beginning, The Football Pools has paid out over £3.2billion to winners. Back in 1961, one of the most famous winning couples - the Nicholsons scooped £152,319 which is the equivalent of £3milion today.

Only a few years ago in March 2010, they celebrated their biggest ever top prize payout with £4 million in just one weekend.

Simply play one game of Goal Rush (only £2) for your chance to win £1 Million and to be entered into the competition to win 100 bets!

Over 18’s only. T&Cs apply, begambleaware.org. When the fun stops, stop.

Get the
latest freebies
in your inbox daily!

Summer Savers - How You Can Enjoy Summer for Less

Delayed or Cancelled Flights? Here's what you're entitled to....